The Vinča’s Horizon Award is programme for research and technological development by financing multidisciplinary projects in the Institute that will be applicable, with intentions to establish a path from research to the commercialization. Idea is to improve the research potential of Vinca Institute by promoting the prize and add a new glow to the one of oldest Institute in the Republic of Serbia. 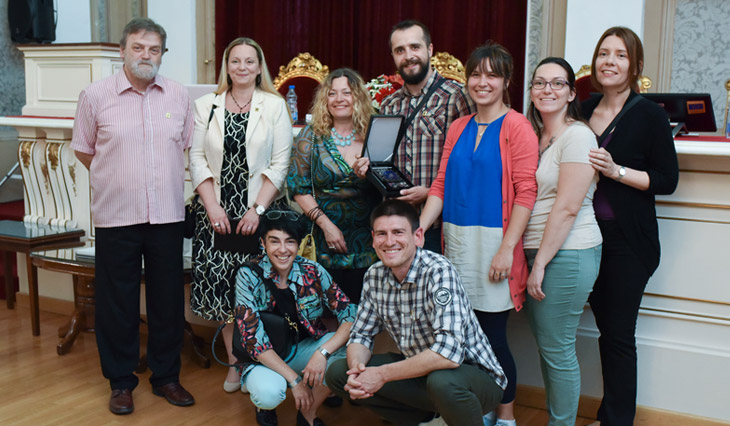 The formal session of The Scientific Council was held on Friday, May 11, 2018, at 12 am at Aula Magna, Rectorate Building of the University of Belgrade.

Based on an internal competition for projects for the development of scientific and technological potentials of the Vinca Institute of Nuclear Sciences, published on 28.12.2017. (Decision No. 3949/1), the Director of the Institute made the following decision

The project under the title: "Implementation of the new platform for genetic testing with multidisciplinary potential for scientific and commercial purposes, VINseq" submited by Dr Ivan Jovanović, research associate of the Laboratory for Radiobiology and Molecular Genetics, will be financed by the amount of 5,000,000 dinars for the next two years.

A total of 19 projects have been proposed by scientists working in all Laboratories of the Institute. After careful consideration of all proposed projects, and taking into account the main goal of the competition, the Director of the Institute with members of his office and member of the Board of Directors, Prof. I. Gržetić, made unanimous decision to finance the VINseq project, proposed by Dr. Ivan Jovanović.

The VINseq project at the Institute will launch a unique DNA and RNA sequencing technology of the new generation, which will open the door to new achievements in genetic and multidisciplinary research, and thus to the wider scientific affirmation of the Institute. At the same time, the NGS (Next Generation Sequencing) platform can be effectively applied for the diagnosis of hereditary and rare diseases in children, newborns, and prenatally.

The realization of this project through the improvement of existing equipment will enable more efficient interdisciplinary linking of research groups within the Institute. Considering the fact that there is a need for such a unique system in the country, and similar does not exist, it is quite realistic to expect, in addition to scientific competitiveness, commercial activities will be developed, based on the application of scientific knowledge, which would lead to the accreditation of the method for diagnostic purposes.